Now BlazBlue has been a favourite fighting franchise of mine for years and this game sees a crossover with the Persona, Under Night, and RWBY franchises for a 2v2 fighting game. I have reviewed these franchises in the past at theGameTutor so I was excited about this mashup.

Story mode (which I am not allowed to show you any video of) sees all the fighter sucked into a Smash TV style dimension and forced to fight each other. It’s a little silly but does the job and is voiced by a returning voice cast from all the previous games to great effect. After all the negative press voice actors often get in games the ones on offer here are excellent.

What really is a stand out here is how the controls of the game have been overwhelmingly simplified in that all characters have the same inputs. Characters have circle moves, dragon punch moves and all super moves are the same. Which this may sound like something has been taken away it makes remembering moves non-existent and just means you can focus on fun and tactics.

There are lots of systems taken from other games such as the Auto Combo system from Persona and the Cross Burst system. They all work well and definitely give the game a very “easy to pick up, difficult to master attitude”

Getting to grips with these systems is done well in a very good tutorial and mission modes.

Playing online is good and works well by using an online lobby system. While at the start of launch there were loads to play I did find on several occasions logging in to find only a few people online. Hopefully, the community will grow, and this will pass. Net code is good and I generally didn’t run into any issues while playing.

Where the game sours a little bit is in the character selection. 20 characters are available at launch with another 20 promised by Evo 2018. Now while that sounds ok many of these characters are day 1 DLC (and they appear in story mode) which is a little bit of a kick in the teeth. Now the game is cheaper than normal but buying all of the day 1 DLC will push it over the top for a normal full game release.

BlazBlue: Cross Tag Battle is a solid fighter which I had a lot of fun with. The crossovers are great and the extra accessibility is a welcome addition for someone who loves fighting games but is generally not that skilled with them. Had this been a normal full price release I would recommend it in a heartbeat but the DLC shenanigans is a bit odd and not very consumer friendly.

Still, if you can look past that BlazBlue: Cross Tag Battle is probably the best fighter you can get on Switch right now but I get a strong feeling we will see a complete edition within a year that might be better of waiting for. 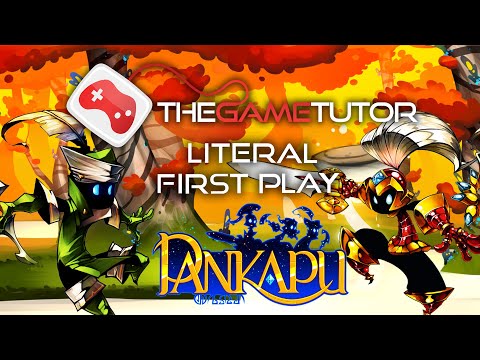 We take a first look at action platformer and see if its original setting is worth exploring.