As we get started let me say that Iro Hero is an unusual case. I like a lot about this game but there are a few design choices that make the game not quite as good as I feel it could be.

The game sees you progressing up the screen destroying enemies, avoiding lots of bullets, and trying to beat sections of the game that almost puzzle like in nature. The game’s main mechanic is colour changing much in the vein of also recently released on the Switch cult classic Ikaruga. By changing the colour of your ship, you can make yourself invulnerable to certain bullet colours and able to hit certain ship colours. As you progress through the game other colours appear requiring more complex puzzle solving.

But here is the crux of the main issue that I had with the game that may or may not be an issue with you the reader. The game is hard… hard. I was determined to try and beat it before I finished my review (in fact this review is a little later than I had expected because of this) and in the end, I give up having just about Reached stage 5.
This issue is that unlike most Shmups Iro Hero does not feature any continues meaning that to complete this game you must do a fabled 1CC something which I have only ever done on one other shmup (genre classic Deathsmiles). You can use your point to buy lives at the end of each stage which does give you a little more leeway when completing the stages. Equally due to the difficulty and memorisation heavy nature of the game it is soul crushing to die on stage 4 and must play the whole game again just to practice that one section.

Now the developers have added a practice mode but the issue again is that you can only practice completed levels and not the one you are stuck on and actually require practice on.

I spoke to Jesús (who is a lovely guy) and asked him about his decision to not include continues and he responded with:

"The idea behind IroHero is to make a true arcade machine, as Out Run or any of the sort: You throw your coin and see how far you can get. And every time you die you learn something to get further next time.

We have been obsessed balancing and polishing every detail in the levels in order to build a really tight experience but still fair for the player. You will probably die a lot of times before finishing the game, but if we did things right you should never feel that the game was unfair, and probably will be sure that next time you will be able to do it better.

So, this was the decision, to provide a real challenge for players.
However, I am aware that nowadays this can be difficult to accept for many. That's why we included the possibility to buy lives with your points at the end on each level, and the practice mode in order to master a level once you are able to beat it for the first time. And the levels are balanced so that, let's say, it is possible to beat the game losing one life in each level and even two sometimes.

But yes, in spite of all, it is a challenge any player should feel proud to have beaten :)"

And this is where I am torn. I oddly agree with everything Jesús said but there was still a part of me that in my comfy 2018 world wanted to practice that section again. I do not necessarily think that infinite continues a la Cave games are necessarily the way to go but I do think there must be a happy medium. I worry that as much as Iro Hero has to give not many gamers will make it to the end.

The scoring system involves destroying a combo of enemies in quick succession, an orb appears on-screen. The orb gains points as you continue to kill enemies and increase the combo. When the combo ends the orb travels towards the bottom of the screen and must be picked up. It’s an interesting scoring system that works well and adds to the puzzle element of the game.

The other slightly frustrating design choice is the lack of a portrait mode. I have a monitor with a portrait rotation stand purely for shmups and it is a shame this game does not include this as many other shmups have done for years.

For a shmup, the game’s story is pretty good. Humans have been taught how to produce energy from their own body and are being exploited as such by the aliens that taught them. Iro’s mother dies while being exploited and you decide to take the stand against the aliens. There are also dialogue sections during the game but these are told during the game itself and sadly due to not having voice acting must be ignored or they will end up with you crashing into a wall.

Iro Hero is a fun game that should be one of the best shmups on the Switch but I can’t help but feel that the insane difficulty will put off most and that had the arcade no continue mode been a competitive mode separate to the main game rather than all that was on offer we might be scoring the game slightly higher. A fantastic game for a very specific group of people everyone else approaches with caution. 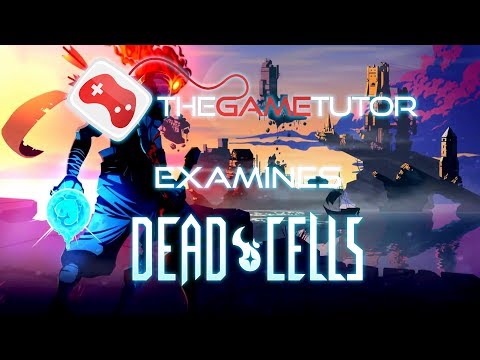 Now the best way to describe Dead Cells is a rogue-lite Metroidvania.