Over the last few years we have seen some excellent retro sequels with Mega Man 9 & 10 being ones that spring to mind but sadly upon booting up Double Dragon 4 you will see that nothing has really changed from the days of the NES and so compare it even to scrolling brawlers of the SNES era Double Dragon 4 seems unbelievably shallow and dated.

Obviously the point here like the aforementioned Mega Man games is t prey on our sense of nostalgia but there are already better sequels to Double Dragon and way more advanced games such as Final Fight and Turtles in Time and as such you feel like you are playing some lost levels to the old game but sadly the old game in 2017 rather than the way you remember it through Rose Tinted Glasses.

An even more unusual choice is the decision to base the game on the NES port rather than the arcade original. Again maybe something trying to play on nostalgia as this is the version most of us will remember but still, this is an odd design choice that really doesn’t pay off.

All of the memorable negatives are here. The unable to hit off-screen enemies, the cheap knockdowns and the vertical hit detection being so very precise. There are also some issues where enemies wait as you scale up and down ladders meaning that getting hit in some cases is nearly unavoidable.

As such you end up trying to knock enemies down into one pile and simply start spamming attack as they stand up. A trick that works nearly flawlessly every time if you can manage to line all the enemies up together.

There are a few graphical flourishes in the background to make the game look slightly more modern but in just this really does look like a game from the NES library.

Double Dragon 4 is a game I really wanted to like having fond memories of the original but sadly all it is a few more levels of the original rather than the retro-inspired brawler it should have been. 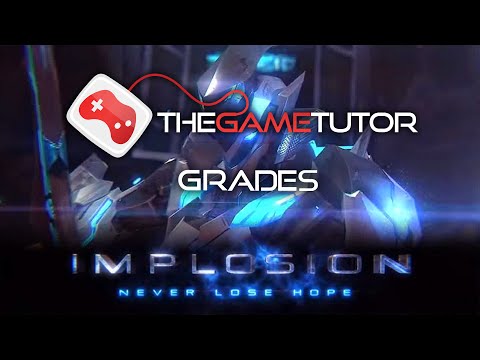 I reviewed the iOS version of Implosion a few years ago and may I say that the Switch version is even better.