The Game Tutor Grades King Lucas (5 Copies to Giveaway Inside)

Now on steam, the tags and info really do give the impression that the game is a Metroidvania but in fact, this could not be further from the truth. King Lucas sees you enter a castle that’s room number expands every time you enter and tasks you with finding someone or something lost in the castle. Levels are procedurally generated with a few things remaining constant such as the balconies on the left-hand side of the map, the consistent shape and the fact that the bottom of the map is always a pit with spikes.

Immediately there is a few quality of life issues with the game that becomes apparent. As the game progresses and the maps become bigger you need to refer to the map increasingly more and more. This is a clunky task that could have been avoided by a simple minimap and the fact it is not included in the game is baffling. Equally, every time you go to the menu nothing is selected and you have to awkwardly nudge the controller to get anything to appear. An obvious bug but the kind that should not still be in the game.

As you progress through the levels there are lots of locked doors and very few keys to open them. These generally serve as a way to skip parts of the level but as there are occasionally areas that you need a key to access in order to progress you find yourself not really using them just in case you need them later.

Once you eventually find whoever you were sent to find you end up back outside the castle ready to do it again. As you travel you can upgrade your weapon and here in lies King Lucas’s weakest link… The weapons are all so short that you have to get so close to enemies that whether you hit them or they hit you largely becomes about luck rather than skill or timing. There are some other weapons that shoot projectiles but as everything in the game is consumable you soon find yourself back with your usual short sword resembling a rather sharp thimble in terms of reach.

Visually the game looks lovely and everything is drawn and animated well and the soundtrack equally is decent so it is such a let-down that after only a few trips through the castle the thought of each level getting longer and longer each time filled me with dread.

King Lucas isn’t a terrible game but isn’t great either and I feel could be vastly improved by some very small changes… Give us a minimap, increase the reach of the weapons and massively increase the durability of weapons.
If you really like rogue likes then you may find something here but otherwise, there are so many decent indie games out at the moment King Lucas may very well get lost in the castle. 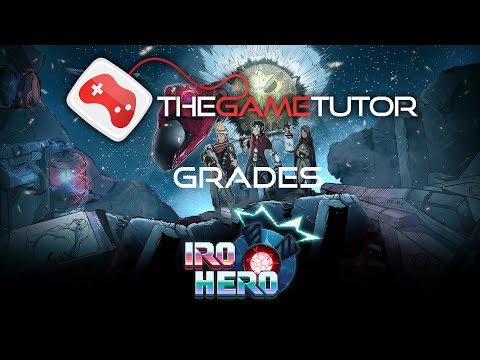 As we get started let me say that Iro Hero is an unusual case. I like a lot about this game but there are a few design choices that make the game not quite as good as I feel it could be.