Let’s start by saying Axiom Verge is essentially a Metroid Game… and it is a very good one. As a massive fan of the series it pains me that Nintendo have not released a proper 2D Metroid game in 11 years (none of this Prime bollocks) but Axiom Verge really is the closest you are going to get.

After an experiment of yours goes South you wake up in a strange world called Sudra. It’s a strange world not too dissimilar to the planet Zebes and this doesn’t seem to bother the games Protagonist Trace one bit… But we’ll overlook that. The game’s plot is interesting and engaging and remind me slightly of indie hit “The Swapper”.

The game sees you travel across the world guarded by large mechanical beings known as the Rusulka. These beings are your eyes and ears and guide you across the planet. Without giving away any plot elements these being form a key part of Axiom Verge’s plot.
The game emphasises exploration much like the Metroid games of old and it draws you in as you want to push further and further into its twists and caverns. One thing where the game does differ from the Metroid Franchise is the emphasis on different guns. Each of the guns allow slightly different attacks and excel in different situations… think the guns in Contra and you have a good idea what to expect.

There are other equipment to find that opens up new parts of the map such as a laser drill lets you drill through rock opening up new paths and secrets, a grappling hook with a striking resemblance to the one from Bionic Commando and right about the time you expect to get the morph ball you get access to a drone that you can set through small space and eventually teleport to.

One of the games key stand out features however is its glitch mechanic. Early in the game you acquire a gun called the Address Disruptor. The device can corrupt enemies and make them glitch out. This allows enemies to be converted to another form which may make them attackable, give out health or let you stand on them. There are loads of cool things to find and using this gun makes the game seem like a breath of fresh air. It also allows you to access secret areas that contain some of the game’s best weapons but these secret areas change every play through.

The Save system in the game works well. There are save points scattered across the land which you teleport back to if you die. What is helpful is that you do not lose any of you gear that you have gained since you last save point. This helpful mechanic makes dying less painful as it tends to happen quite a lot.

The game isn’t perfect. Some of the controls are fiddly and do not always seem to work as expected and obviously forget playing it with anything but an Xbox game pad. Another small issue is some of the enemies seem a little odd and do not really fit the rest of the game (the swirly flower things particularly come to mind).

The sound design however is fantastic and the background music in each zone really helps set them apart from one another.

All in all the game took me about 15 hours to get through and even then I had only found 72% of items and 95% of the map (sod the tops of tall rooms). What makes this amazing game even more remarkable is the fact it is made by one man. Tom Happ has created Axiom Verge all alone and this really stands as a testament to what is achievable. Axiom Verge is the best Metroidvania game this century and apart from the 2 standouts of the genre Super Metroid and Symphony of the Night this really is the best of the best.

For a limited time you can win a copy of Axiom Verge Here: http://www.thegametutor.co.uk/articles/150513_win-copy-axiom-verge 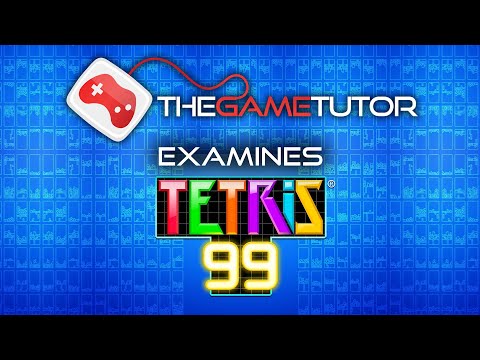 So how can we make Tetris more fortnitey?