The main protagonist Is a guy named Alex who is quite possibly one of the least likeable characters I have ever played in a video game. I'm not saying that characters in video games cannot be layered and damaged, but Alex is quite possibly one of the most annoying insufferable people I have ever come across. In the real world, I would not want to spend any time with this person, and he would be someone I would check was going to not be at a party before I accepted an invite.

Maybe I'm a little bit harsh on the writing as there is a lot here to love. While not a hipster I have a fond memory of the late 90s and quite a few of the Nostalgia parts hit home even though it is clear a lot of the situations take inspiration from more recent hipster culture.

Gameplay is turn-based combat as you would expect but with action based mini-games similar to Undertale or Mario and Luigi. while this is often an interesting way of doing things it can sometimes fall into the trap of simple battles being drawn out due to the nature of always having to complete the mini-game even in what should be very brief encounters period even the best examples in the genre often full barrel of this and “YIIK: A Postmodern RPG” these no different. Equally another review of design choices often involving camping the amount of damage dealt regardless of how well you do in the mini-game means that short battles can often take 5 to 10 minutes to complete. When you consider this is a 30 hour RPG a lot at that time is taken up in battles which are interesting, to begin with, but by the last third become long-winded and dreary.

Now bear in mind I was playing a prerelease version from late December, but I have encountered a lot of bugs that required me to restart the game entirely.

Visually the game is lovely, and I was often impressed by the art direction. In fact “YIIK: A Postmodern RPG” is at its strongest when it is pushing the visual Style as part of the gameplay. 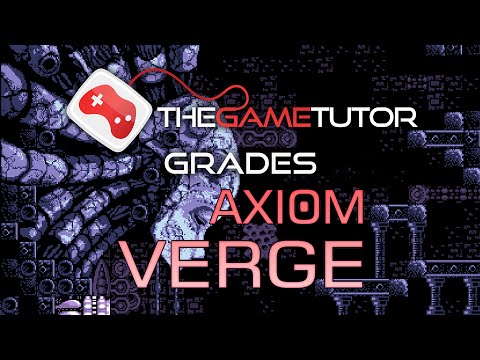 Let’s start by saying Axiom Verge is essentially a Metroid Game… and it is a very good one.