The Witcher 3 helped my first week of fatherhood

Now as I am sure anyone who is a parent will say those first few weeks of life are jolly hard work. With his mother breast feeding I had to step up and do as much else as I could. One of the things that we decided on in the first few days was that I would feed the baby for a few feeds during 11pm and about 4pm in order to give my darling wife a decent block of sleep. Jack was born with Jaundice which meant his feeding schedule had to be pretty regimented.

Now the issue with having a new born baby also is that all they really do in those first few weeks of life is EAT, SLEEP, POOP, REPEAT. When trying to stay awake in order to remember to do these feeds there was only so much narrating a game of Hearthstone I could do to my less than a week old little man. Enter The Witcher 3: Wild Hunt... Now generally I am not a western RPG fan. I am a devout WoW player over the years and I have been known to enjoy a game of Diablo but I am certainly not someone who eats up fantasy worlds and even less open world single player games. But there was something about the Witcher 3 which has really struck and kept me awake in the wee hours while my little man sleeps soundly next to me.

The world of the Witcher 3 does something which no open world game has ever successfully done for me and that is give me a sense of a massive world yet still make everything seem easy and quick to get to. Sure Azeroth is massive but so often (especially in Vanilla) the trek from one quest location to the next takes a long time. Other open worlds quite often just feel small. I think the key to this is in how the Witcher 3 gives out quests. There are a couple different types of quests in the game. Primary, Secondary, and Witcher Contracts. Primary are your main story quest line and the other 2 feed into and from these. Quite often Secondary quests extend the main story plot that you have "finished" in a Primary quest or run the sub plots that affect the outcome of the main game.

Generally all of the side quests are as engrossing if not more than the main quest. The characterisation of even the smallest NPCs is simply a sight to behold and it made me want to uncover every last little part.

The game play brilliantly, looks beautiful (even if not quite as good as its E3 showing) and has a storyline that drew me in and has yet to let me go. The Witcher 3 is in my mind the best open-world game I have ever played and I cannot recommend it enough even for people who are not usually fans of the genre... Time to go change another Nappy. 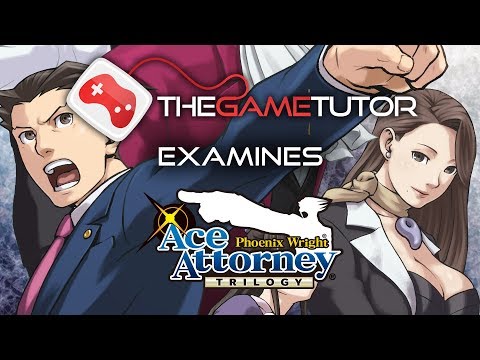 We play through the first case of the Phoenix Wright Ace Attorney Trilogy on the Japanese Switch Eshop with Full English Language support.